Following traditional eating habits are essential in preserving cultural identity, especially, when these traditions can be lost when ethnic groups migrate to foreign shores. Traditional food choices and food preferences are greatly influenced by historical events.

The Tainos or Arawaks inhabited Caribbean islands such as Antigua, Barbados, Guyana, Jamaica, St Kitts, St Lucia and Trinidad. The Arawaks flavoured their foods with hot pepper and citrus juices and practiced one-pot cooking. They also introduced foods such as arrowroot, cassava, coconut, pineapple and sweet potato and also established methods of food preservation, preparation and cooking such as:

Caribbean cuisine was further influenced with a blend of customs and ingredients from the Dutch, English, French, Portuguese, and Spanish plantation owners, who colonised Caribbean islands between the 15th and 17th centuries. They introduced breadfruit, coffee, limes, mangoes, oranges, rice, salt fish and sugar cane to the Caribbean. This was integrated with traditional foods of the imported western African slaves, who laboured on their estates. The African slaves were to have a major bearing on the Jamaican foods and diet. They brought foods that are still popular today, such as, okra, callaloo, coco, and ackee. Ackee, a fruit used as a vegetable in Jamaica, is combined with saltfish to produce the national dish of Jamaica,’ ackee and saltfish’.

The European plantation owners imported cheap non-perishable foods such as dried salted fish, either mackerel or cod, from Africa and North America to feed their slaves. The slave’s opportunity to produce home-grown food was limited due to the plantations being essentially for the production of sugar. In some Caribbean islands, notably Jamaica, landowners reserved ground for slaves to plant their own provisions. On these grounds, almost every variety of tropical food was grown, including: ackee, bananas, callaloo, cocos, okra, oranges, peppers, plantains, pumpkins and yams. Thus, the vast majority of slaves consumed home-grown produce supplemented occasionally with small amounts of salted fish, beef or pork, which is still evident in Jamaican cuisine today.

With the abolition of slavery in 1838, the plantation owners brought in immigrants from East India and China to meet their labour shortage, and they brought their own influences on foods and cooking methods into the Caribbean. The Chinese introduced vegetables such as lettuce, cabbage, cucumber and green beans, as well as particular spices. The Indians imported curry spices and Indian dishes, which are commonly consumed in Trinidad and Guyana.

The consumption of prevailing diets (high in saturated fats, salt and free sugars) in combination with a sedentary lifestyle can increase the risk of dietary diseases such as type 2 diabetes, high blood pressure, certain cancers and obesity.

A Caribbean diet can be rich in a variety of fruits and vegetables whilst being low in refined grains. Aim to place plant-based foods at the centre of your diet, as they contain fibre, essential vitamins and minerals that are vital for good health and dietary disease prevention. A fibre rich diet can help to control blood glucose and cholesterol levels and can help in weight management.  Plant foods also contain a variety of antioxidants and phytochemicals that can reduce the risk of coronary heart disease and certain cancers such as prostate. Eat plant-base foods fresh, blend them into soups and stews, or steam, roast, fry or grill them with a small amount of oil.

Traditional Caribbean cuisine utilises a combination of herbs and spices (garlic, ginger, cinnamon, pimento seeds, nutmeg, thyme, curry powder, scallion and scotch bonnet chilli) from Asia and Africa to produce delicious spicy dishes. Using herbs and spices rather than salt to flavour dishes (all-purpose seasoning contain high amounts of salt), can help to reduce high blood pressure and the risk of stroke.  Furthermore, antioxidants and polyphenols associated with herbs and spices can curb inflammation in the body, which may give rise to heart disease and cancers.

Beans and legumes like chickpeas, lentils, black-eyed peas, and kidney and black beans supply plant-based protein in the Caribbean diet. Although beans are an incomplete protein, (they don’t contain all of the essential amino acids your body requires) you can get what you need by eating the rice and peas (beans), a traditional Caribbean meal pairing. For increased fibre and B-vitamins, choose whole-grain rice.

A plant-based African-Caribbean diet will consist of complex carbohydrates, lean protein, fruit and vegetables and low fat foods.  This meets current healthy eating guidelines and can lower the risk of the previously mentioned dietary related diseases. 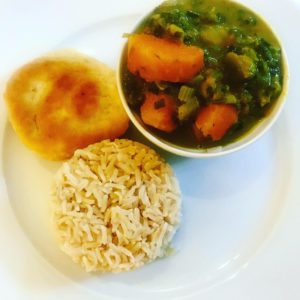 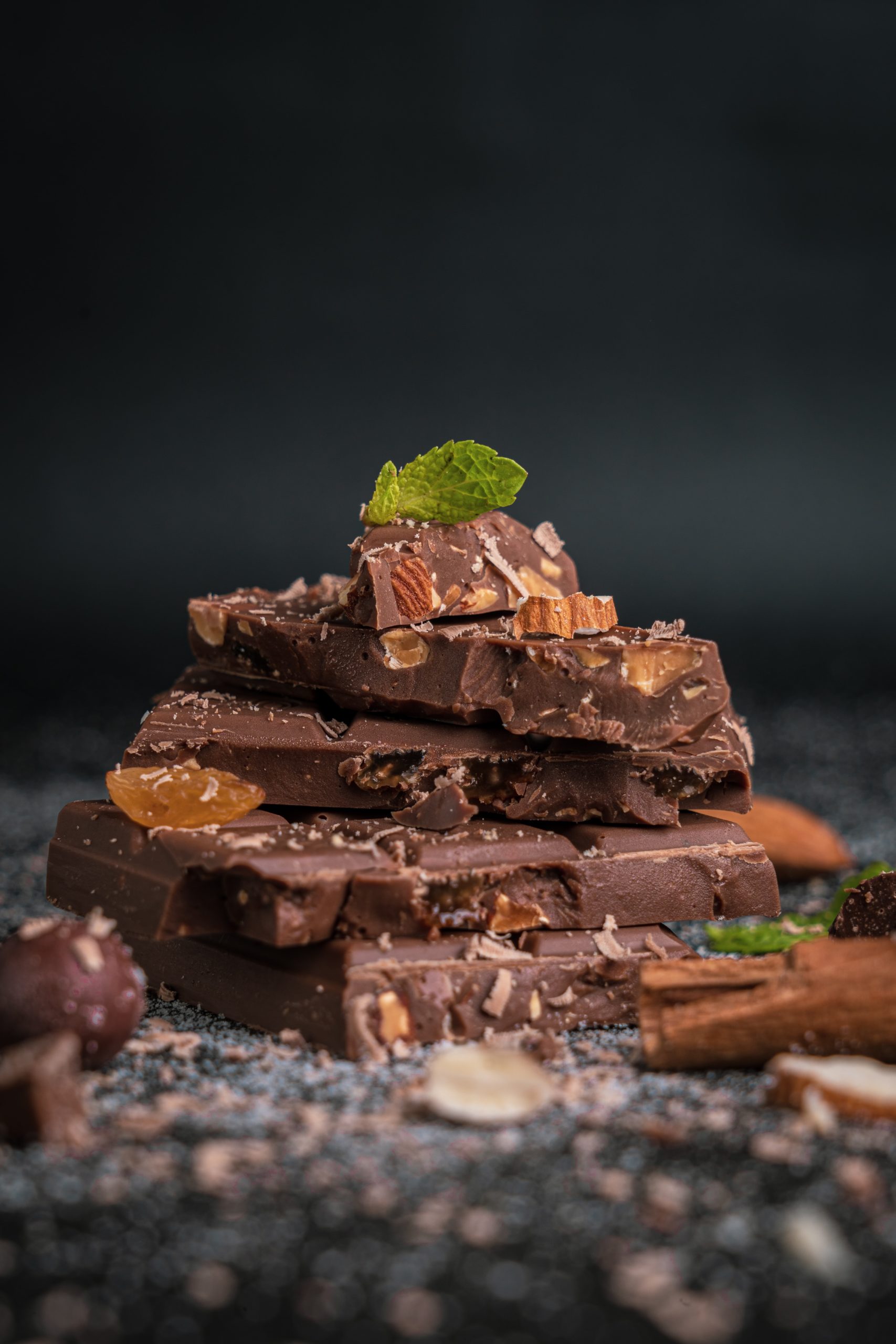 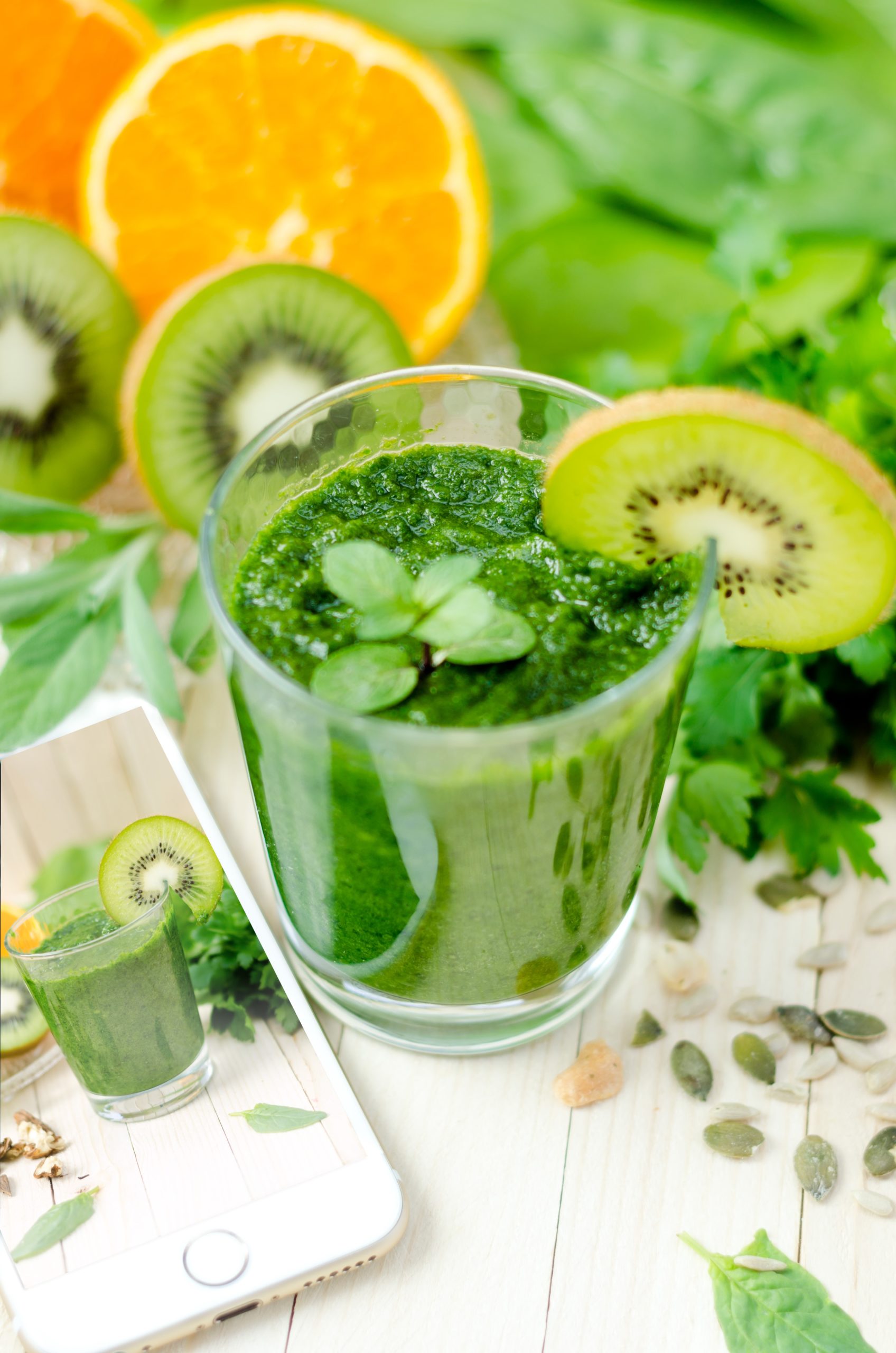 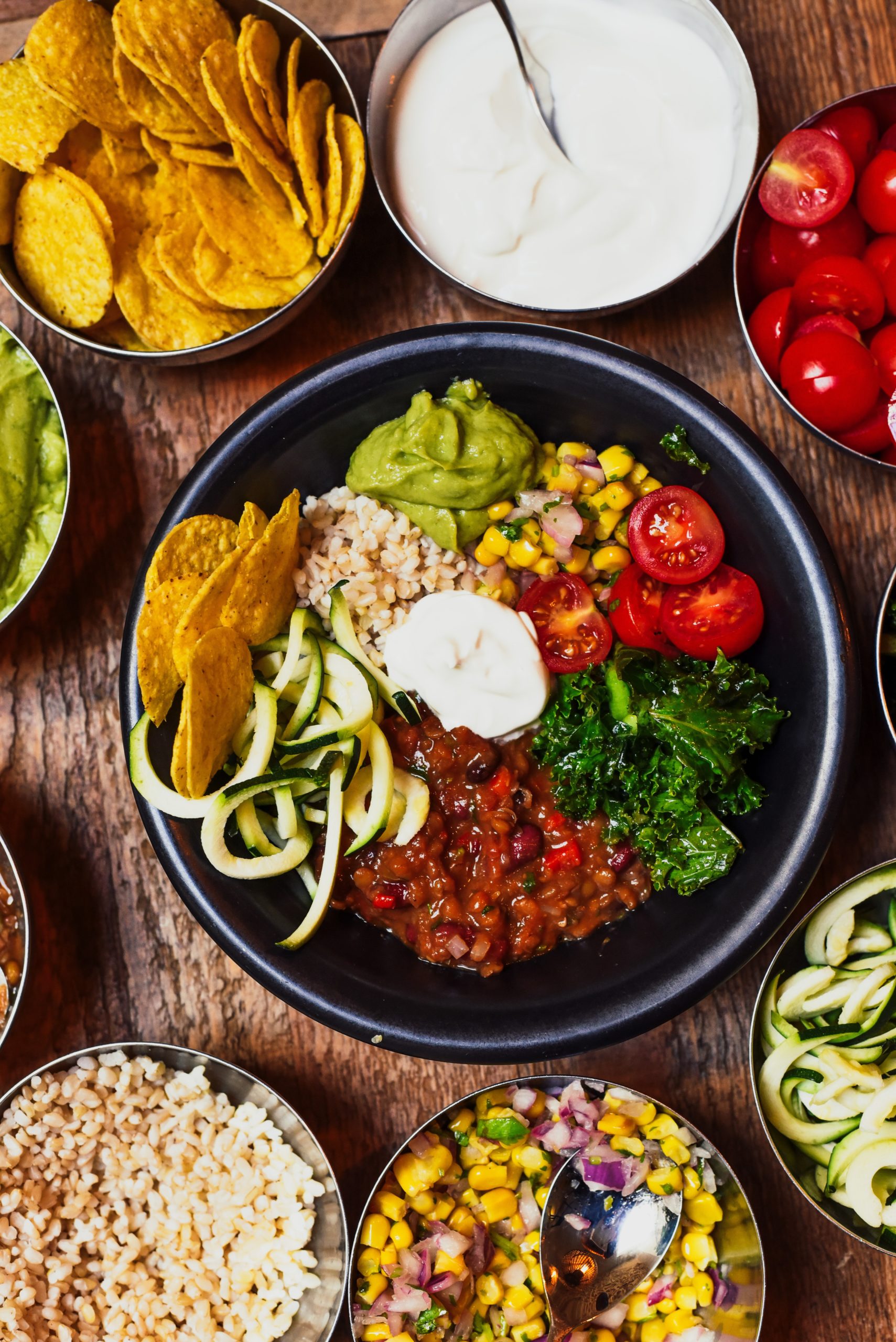